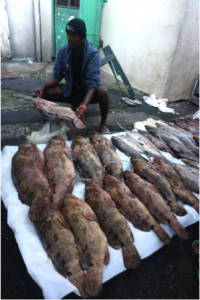 The Republic of Fiji is located in the South Pacific. It is an archipelago of more than 330 islands—of which about 110 are permanently inhabited. Viti Levu and Vanua Levu are the two largest, islands and account for almost 90% of the population of about 900,000 people. Reef fishes are an important part of the food and livelihoods of the majority of people living along the coastline, particularly outside of urban areas. Snappers and groupers, amongst several others, are among the most valued species. The camouflage grouper, Epinephelus polyphekadion, is particularly liked by Fijians. 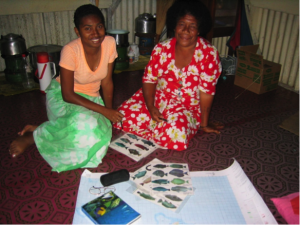 Little was documented about spawning aggregations in the country until the early 2000s when SCRFA worked with the Fisheries Department (Fiji Fishers’ Report). Fisher interviews highlighted many species that fishers knew about and exploited on their spawning aggregations. Many fishers reported declines in their catches from aggregations, particularly around urbanized areas. Some aggregations have largely disappeared, e.g. Mali passage (SPC LRF Bulletin & Fox et al. 2012). E. cyanopodus has largely disappeared from local catches. Most aggregations of groupers occur from June through September in reef passages. One aggregation with three groupers was studied for several years in Kadavu. Although much reduced, the Naiqoro Passage aggregation site is protected (Kadavu Naiqoro Passage Report)

Exports in live groupers ceased in the early 2000s due to concerns about overfishing. Currently, availability of groupers and other larger reef fishes is declining even for the domestic market with demand for exports adding to fishing pressure on these species. To address concerns, in 2018, major grouper species were protected during their spawning seasons (Report in the Fiji Times) The Napoleon fish, Cheilinus undulatus is protected from catch and sale year round. For detailed coverage of reef fisheries in the country see Fiji Fishery Resource Profiles 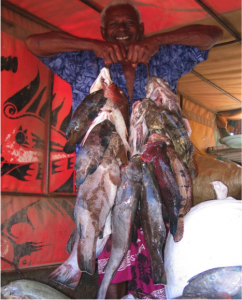 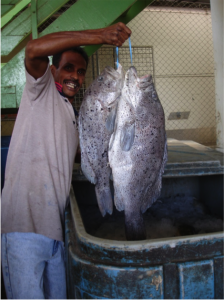