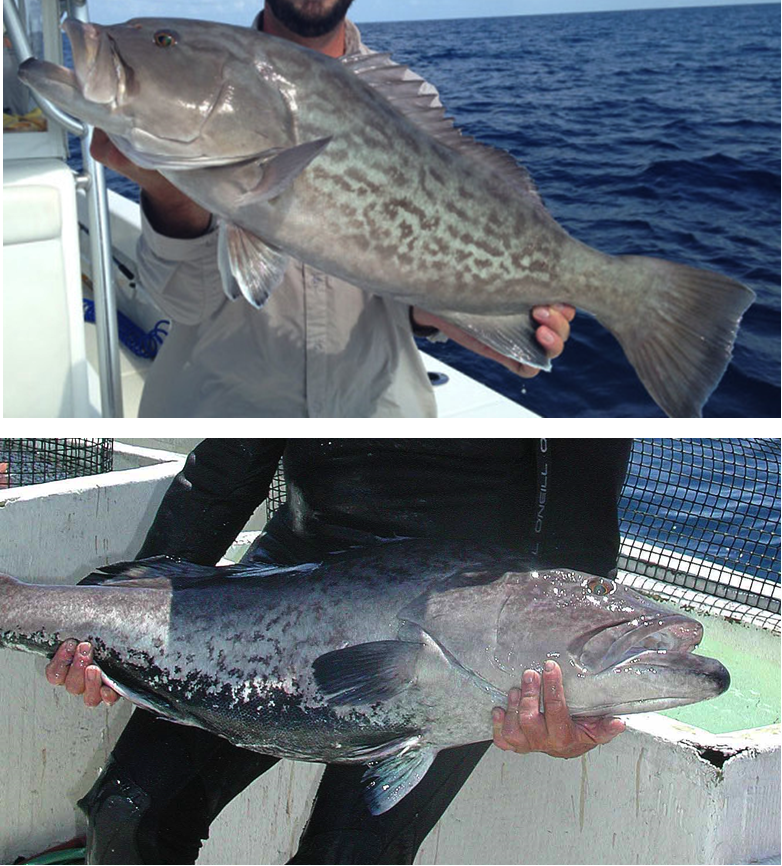 Range Description: This species has a disjunct distribution in the western Atlantic from North Carolina south along the U.S., Bermuda, throughout the Gulf of Mexico except Cuba, and in southern Brazil from the State of Rio de Janeiro to Santa Catarina. It is rare in Bermuda and otherwise is not known from the Caribbean or northeastern Brazil. Juveniles have been recorded as far north as Massachusetts in the U.S. and one record from Cuba is likely a waif. Its depth range is 0-167 metres.

Species Summary: The gag grouper is reef-associated species usually found offshore on rocky bottoms and occasionally inshore on rocky or grassy bottoms. Overall, the species prefers habitats characterized by maximum structural complexity. Adults are either solitary or in groups of 5 to 50 individuals. Juveniles primarily inhabit seagrass beds but also oyster reefs and shallow estuarine structures. The species primarily consumes fish, some crabs, shrimps and cephalopods. Check out this video of some live footage underwater 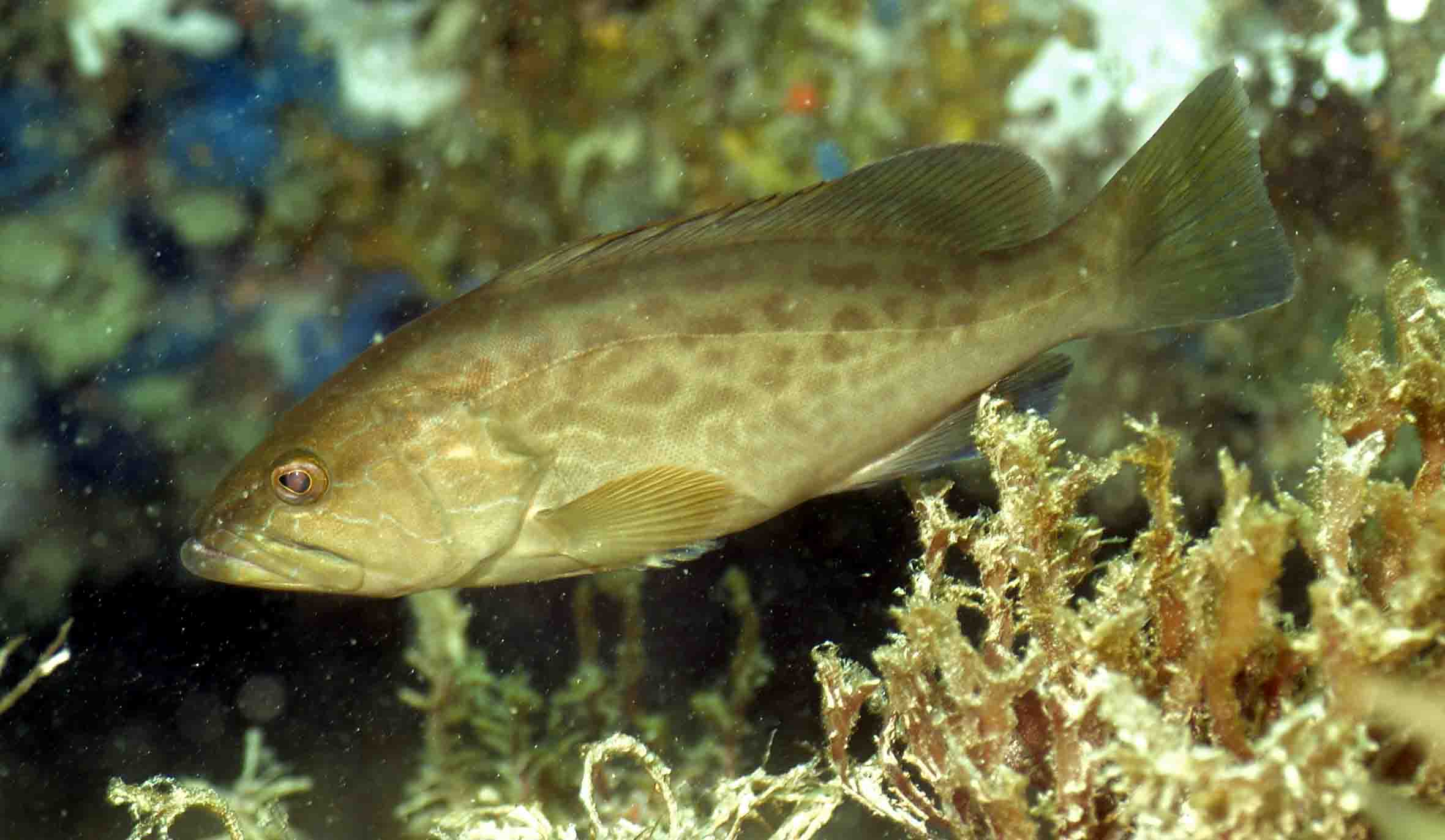 This species is a protogynous hermaphrodite . Females reach maturity between 3-6 years of age around fork lengths of 71 cm and sex change occurs between 75-111 cm TL and about 8 years. Maximum ages reported in different locations range from 17 to 31 years and maximum total length is 145 cm. The gag spawns in aggregations and can migrate, according to tagging studies, up to hundreds of kilometres to reach spawning sites PORTRAIT 3 which are located on shelf-edge reefs and rocky ridges next to drop-offs. Fish are known to aggregate in their hundreds. Males remain near spawning sites in deep water year-round and in December and January females form prespawning aggregations in shallower areas prior to migrating to the spawning aggregation sites. Aggregations form in February through mid-April in the southeastern U.S. and from January to March on the Campeche Bank off Mexico. Colour changes can be seen: https://www.youtube.com/watch?v=yFKheZy5kqo.

Fisheries: The species is heavily exploited by recreational and commercial fisheries throughout its range, including direct targeting of spawning aggregations. It is the second most common grouper species in commercial catches of the United States (exceeded by red grouper, Epinephelus morio) and the most important grouper in recreational catches.This species is taken by handline, bottom longline and speargun. Spawning aggregations are targeted by fishers. Juveniles are often taken as bycatch in the bait-shrimp fishery that operates in seagrass beds.

Management/Conservation: As a result of overfishing, spawning aggregations have been greatly reduced or no longer form in some areas, and adult sex ratios have become highly female-biased in most areas. In Mexico a seasonal closure of the grouper fishery (main focus is E. morio) from 15th February to 15th March has been in place since 2003 off Yucatan, Campeche and Quintana Roo: in 2017, this was extended from 1st February to 31st March (SAGARPA 2016). Gag grouper regulations for the U. S. are provided and involve spatial (from marine protected areas), seasonal (1st January -30th April), trip limit and minimum size measures https://safmc.net/regulations/regulations-by-species/gag-grouper/. The effectiveness of protective measures is uncertain.

Key Recent Publications on biology, trade, fisheries and management: or earlier publications, please refer to IUCN Red List Assessment and book on spawning aggregations and ‘Groupers of the World’

Jue N.K., Brulé, T., Coleman, F.C. and Koenig, C.C. 2015. From shelf to shelf: assessing historical and contemporary genetic differentiation and connectivity across the Gulf of Mexico in Gag, Mycteroperca microlepis. PLoS ONE 10(4): e0120676.

Sauls, B. 2014. Relative survival of gags Mycteroperca microlepis released within a recreational hookand-line fishery: Application of the Cox Regression Model to control for heterogeneity in a large-scale mark-recapture study. Fisheries Research 150: 18-27.